Notice: Beaches may be crowded due to forecast hot weather Read more.
Notice: Information for our community on Coronavirus (COVID-19) Read more. 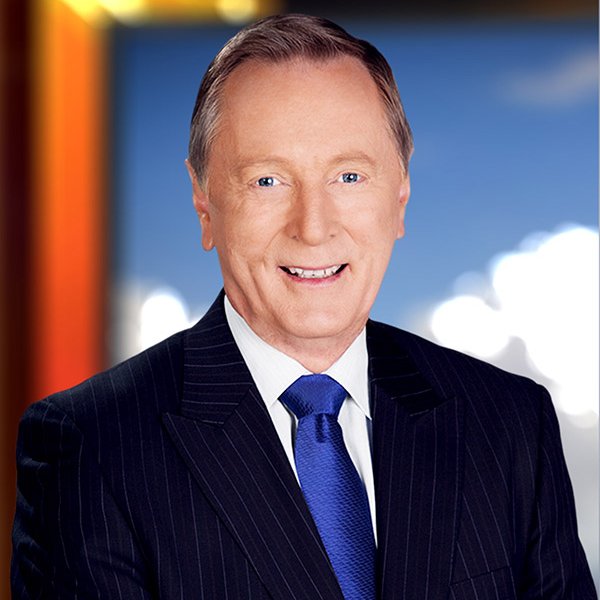 For generations, Geoff Phillips has been a firm fixture of local news bulletins and tonight he was named Wollongong’s Citizen of the Year for 2020.

The veteran newsreader had a media career that spanned nearly 50 years on both radio and television. However, locally, he was also known for his commentary of sporting games and as a host of charity events for organisations including the Salvation Army, The Shepherd Centre, Greenacres and the Illawarra Connection.

“Geoff is a worthy winner of the Citizen of the Year for 2020. He has contributed to our city’s social, cultural and sporting communities over the years,’’ Wollongong City Lord Mayor Councillor Gordon Bradbery AM said.

“As a presenter on WIN News for more than 30 years, he was in living rooms across our city on a nightly basis and keeping our community up-to-date on what was happening in their local area.

‘’He has also worked with local community groups to fundraise for many worthy community groups and organisations. I’d like to congratulate him on this recognition and look forward to seeing him represent our community in the year ahead.’’

Mr Phillips was recognised at the Australia Day Awards Dinner, which is sponsored by Bendigo Bank and was held at Villa Doro on Wednesday 22 January 2020.

“Congratulations to all of those who were nominated, and awarded, at this year’s event,’’ Cr Bradbery said.

“It was an impressive list and highlights the wonderful, compassionate and hardworking community members that call Wollongong home.’’

Citizen of the Year 2020 – Geoff Phillips

Geoff has marked 50 years working in the media, and most of that time has been in Wollongong. He started his career in radio working at a number of rural/regional stations before moving to the city to present on 2WL in 1972 as 'the Mayor of Windang Heights'. He moved to 2 Double 0 in 1983. Geoff presented the WIN Nightly News from 1988 until 2019 and is regarded by many as the voice and face of our news in this region. Geoff gave up weekends to commentate on radio for Steelers and Hawks matches, and has volunteered his time to support local charities, sporting organisations and worthy community groups.

Over many years Val has made a significant contribution as a Dementia Advocate. Val's work since 2012 means the people of Wollongong have improved access to the information and resources as they live with Dementia and or support their loved ones. During the 1980s and 1990s she volunteered with the City Of Wollongong Eisteddfod in various committee positions and she still volunteers with the Illawarra Performing Arts Centre. Val is currently volunteering with the Council on Ageing (COTA) and is possibly the oldest person in Australia undertaking an online Bachelor of Dementia Care degree from the University of Tasmania.

Ian is a young musician, producer, singer, songwriter and multi-instrumentalist from Wollongong who performs under the name of Stevan. Last year he was listed as one of Triple J Unearthed’s Top 10 most listened to artists for 2019, and performed at the Fairgrounds Festival. He is signed to US label Honeymoon Records. In the local community Ian uses his music to raise awareness of men’s mental health, and is an active member of church youth groups helping to teach music to young African boys and girls.

Mick has inspired hundreds in the Wollongong community and beyond, through his leadership, innovation, achievements and creativity. Besides providing private lessons on an extensive array of musical instruments, Mick has also instituted musical initiatives at various schools throughout Wollongong. He has had an association with Illawarra Jazz Club for more than 40 years as a founder, life member, past president, musical director and leader. He is the creator/founder of the Swingaleles Ukulele Group as well as the group’s president, musical director and leader. His outstanding service and positive contributions to Wollongong are demonstrated through his musical innovation and development, theory and practical tuition of a multiple number of musical instruments.

Since 1964 the Arcadians Theatre Group as built a reputation for providing Illawarra audiences with quality musical theatre entertainment. With hundreds of shows staged over those decades, audience numbers are estimated to be close to 500,000. The Arcadians Theatre Group is a registered charity and is well known for its generosity in providing support to local charities and worthy causes. The group, whose members range in age from 6 to 96, also provides a creative environment for actors, musicians and backstage crews to develop their performance and technical skills.

Gerry is the author of three books – Nursery of Champions, On Commons Ground and The Game They Play – which recognise Wollongong as a sports breeding ground and also celebrate the city’s cultural and community histories. These books have been used as anecdotal and official history of Wollongong Showground, the Illawarra Rugby League and Illawarra Rugby Union communities. His non-fiction novel, Nursery of Champions, was launched in 2011 by then NRL Chair David Gallop to coincide with the centenary of rugby league in the Illawarra. Gerry was also known for as a radio sports broadcaster for the ABC – or 2WN as it was known – and shared his passion for sport with his students at Woonona High School where he worked as sports master.

The Make-Do Library of Things and DIY space is a volunteer run not-for-profit organisation that offers an innovative service for the people of Wollongong. It allows people to borrow the things they would otherwise buy and potentially only use once, as well as learn how to ensure the longevity of tools, clothes and other items around their home. With its first location open in Bulli and a second location to open in Port Kembla in early 2020, the library provides a system that is accessible to everyone across Wollongong.

Dr Tolani introduced the Community Smiles program in Dapto in early 2018. The program provides free dental care to marginalised community and those who have limited access to oral health care. It also supports oral health literacy in school children and young adults.

In early 2019, Dr Tolani started the Project Smile Dapto program and offers free dental check-ups and treatments, and discussions around oral health issues with the aim to improve community awareness of general dental health and better uptake of patients in managing their own health.

The Illawarra Cancer Carers, a non-profit group of 210 volunteers, provides essential resources, emotional and research support to obtain a better caring environment for cancer patients in the Illawarra. These voluntary services include driving patients to the Wollongong Cancer Care Centre for radiotherapy and chemotherapy treatment. In 2020, the ICC will celebrate its 30th year of operation. In that time it has raised more than $4.8 million, all of which has been spent in the Illawarra.

The Strangeways Ensemble is a Wollongong-based professional theatre collaborative that is made up of performers who are perceived to have intellectual disability. The ensemble has been performing together since 2014 with their first show titled The Man Who Dreamt The Stars. They followed this with their second production in 2017, The Outside Man. The Strangeways Theatre Group is currently putting the finishing touches on their upcoming production Trash Talk. The Strangeways Theatre Group is run in partnership between The Disability Trust and Merrigong Theatre Company.

Peter has been instrumental in both the world’s largest optical and nor larges radio  telescope. Despite being based in Western Australia, Peter still takes the time to visit Wollongong and share his expertise by giving public lectures at the Science Centre and Planetarium and at the University of Wollongong. Peter is an inspiration for current astronomy undergraduates (numbering around 400) and is addressing the University of Wollongong’s Space Research group this month.

Jarred is an inspiration to all around him, proving that his disability is no barrier for him. He has set an exemplary standard in his chosen sport of swimming, he continually does himself, his club and his community proud. Jarred competes in the S14 Multi Class section of swimming due to his intellectual disability.

Jarred has represented his school, community and state at numerous carnivals, and just recently returned from his first international meet, INAS Global Games in which he was a part of the Australian Team. Jarred has been the vice captain of Wollongong Swim Club for the past few years, he is always helping out with the running of the club, as well as helping out the younger kids.

The Scouting Movement of Wollongong play an important role engaging with youth in community, environment and adventurous activities. At a time when technology and devices can be the focus of social activity, this movement continues to encourage young people and adults to step outside and pursue something physical or something that offers a benefit to society. This award recognises the contribution made by key personnel in the Scouting movement towards equipping young people with life skills and giving them the tools to develop into strong resilient adults and members of the community.  The Scouting movement would not exist without the contribution of volunteer leaders, helpers and supporters.  These people give their time so that young people across Wollongong have the opportunity to learn, grow and develop in the scouting movement.