Kanahooka is a residential suburb east of Dapto, on the foreshore of Lake Illawarra.

Kanahooka was named after Kana (King) Hooka, an Aboriginal chief. Kana Hooka was head of the Five Islanders, who were based near Hooka Creek at what is now Berkeley.

Richard Brooks was one of the Illawarra's first five land grantees. He was born in 1764 at Bermondsay, Surrey, England. Brooks was a sea captain and a former East India Company Officer. He was granted 1,300 acres by Governor Macquarie on 17 January 1817. It was called 'Exmouth' or 'Koonawarra' by the local Aboriginal people. Like most of the early grantees he did not live on his Illawarra property. 'Exmouth' was managed by William or John Neale and an assistant named Cream.

Brooks had two sons. In 1825 he gave his son Henry a grant of 600 acres. It was portion 17, Parish of Calderwood and located to the north of his father's property 'Exmouth'. The land was marked out in 1825 by surveyor James McBrien and was bounded by Lake Illawarra to the East and Brooks Creek to the South. The area of this land grant encompassed Kanahooka Point (McDonald, 1976).

Richard Brooks died at 'Denham Court' near Ingleburn in 1833. He and his wife were buried on the Denham Court estate.

The Hooka Islands are situated in the north west waters of Lake Illawarra. These islands are named Hooka after the last Aboriginal chief who laid claim to them. "Charlie Hooka was a great chief, whose land extended along the western shores of the lake from the mouth of Mullet Creek northerly to Budjong, now known as Killys Creek, by the range on the north and on the west and south by Dapto and Mullet Creeks…. Hooka was a sturdy well made man of medium height. He did not mix much with white people…but preferred to remain with his tribe in their wild state, his only garment being an opossum skin cloak…" (Organ, 1990, p. 355). According to an article by 'Old Pioneer' in the Illawarra Mercury dated 30 November 1923, King Hooka advised the early European settlers to take their goods and cattle back to Wollongong to avoid a confrontation with the Coolangatta tribe. He then went to give battle with his men along the road to Brownsville.

"Early in the morning the tribes gave battle. All day long they fought and at night the Coolangatta tribe retired south leaving the place in charge of the victorious Hooka tribe….The cost was great and many warriors killed, and amongst the dying was good King Hooka…" (Organ, 1990, p. 375 ; Illawarra Historical Society Bulletin, October 1970).

In 1890 a Parliamentary Act was passed authorising the Illawarra Harbour and Land Corporation to begin projects near Dapto that would involve an outlay of many hundreds of thousands of pounds. The scheme involved building a channel through Lake Illawarra to allow ocean going vessels to come up to Elizabeth Point, a short distance north of Kanahooka Point. A railway was also built at a cost of 42,000 pounds to allow coal to be brought from a local colliery to be loaded onto the ships.

With the opening of the railway the Smelting Company of Australia Ltd. had been formed and with the backing of overseas capital a large smelting works was established. "The site chosen for the works was an elevated one, contiguous to Mullet Creek and about half a mile from its mouth. The more northerly of 'the Twins' - two similar hills - was decapitated, thus providing a series of levels to which the ores would gravitate, in the various processes from bins to crushing and roasting plants, then to the blast furnaces before being sent to the refinery.." (O'Malley, 1950, p. 6).

The works were operating at full production by 1899 and were prosperous for several years. They treated lead, silver, zinc, copper and gold from Broken Hill, Zeehan, Mount Morgan and Western Australia.

Numbers of employees at the plant peaked at between 400 and 500. Half of the employee population lived in tents and there was a group of 50 in the clump of swamp oaks just north of the works. The success of the smelting works lead to Dapto being a boom town in the early 1900s. The report of the Commissioner for Railways for 1903 declared Dapto the most valuable station on the Illawarra line, its goods transfer totalling 22,000 pounds.

Quite suddenly in 1905 everything folded, competition cut off the supply of ore from Western Australia and Broken Hill, an ambitious scheme for treating nickel from New Caledonia came to nothing, and in 1905 the works closed (McDonald, 1976; O'Malley, 1950).

The most significant early transport experience for Kanahooka was the establishment of the railway line. This line was to transport coal from a colliery known as 'Flemings Mine' in the range behind West Dapto to ocean going vessels at Elizabeth Point. The railway was five and a half miles long and was built at a cost of 42,000 pounds. The failure of the Lake Illawarra Harbour scheme lead to this railway becoming defunct although some relics can still be seen.

"Fowlers Road uses part of its road bed, old rails forming part of the spur which connected it to the main line were embedded in Marshall Street and are still in position behind the high fences on either side and old embankments, cuttings and broken viaducts can be seen at various points around Kanahooka, Bong Bong Road, Wongawilli and West Dapto." (McDonald, 1976, p.69).

Also significant was the building of the bridge over Mullet Creek. After the establishment of the Central Illawarra Council it was decided to build a bridge over Mullet Creek to avoid the isolation of residents in the large tract of country between the Creek and the Macquarie River. During times of flooding these residents were cut off from Wollongong for days. In 1860 Mr Weaver, a well known architect, was employed and selected the high banks close to the Dapto Mill as the most appropriate site. In August the following year the bridge was opened with much fanfare. "The bridge was built entirely of local timber, was twenty feet wide and it is confidently calculated that it will withstand any flood likely to visit that portion of the district."(McDonald, 1976, p. 37).

Rhondella is a federation bungalow / homestead that was built circa 1890. It has wide verandahs, painted brickwork and a grey slate roof. It also has attic windows with interesting side light. This building was once owned by A.C. Hoskins, a pioneer of the steel industry in the Illawarra. It is an architecturally significant early 20th Century building of an uncommonly large scale with a high level of integrity (City of Wollongong Heritage Study, 1991). 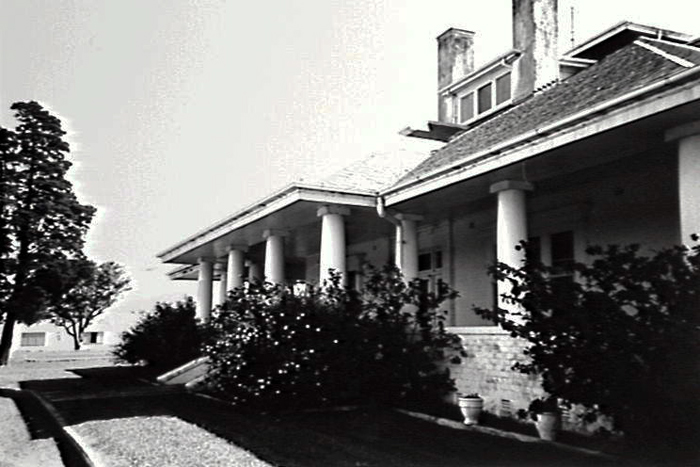 Address: Kanahooka Road, Kanahooka (next to the old smelting works)

This house was built in conjunction with the Dapto Smelter (1895 - 1905) as an administration office and laboratory. It is rendered brick and has a corrugated metal roof. Although it has been modified, the core section of the building represents the early Victorian homestead (City of Wollongong Heritage Study, 1991). 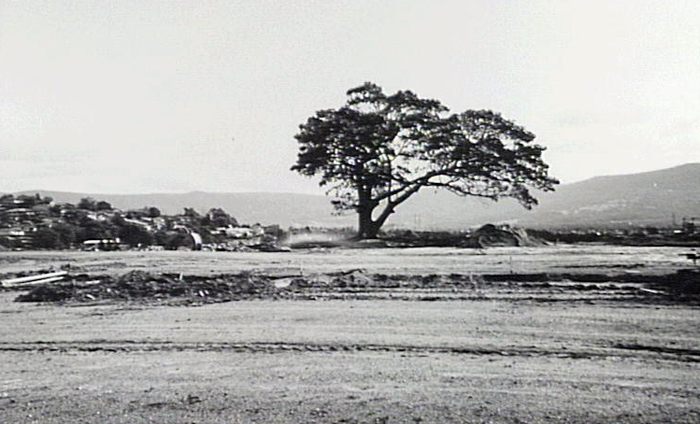 The environment of Kanahooka is largely influenced by its location on the western shore of Lake Illawarra. Lake Illawarra lies approximately eight kilometres south of the Wollongong central business district and is an important ecological asset for the Illawarra region. It is a natural habitat for wildlife and a valuable commercial and recreational fishing ground.

Mullet Creek contributes to areas of sand and mudflats at the edge of the lake which gives rise to large concentrations of wading birds during summer. Some of these species include Pelicans, Cormorants, Musk Ducks, Hoary-headed Grebes, Black Swans, Black Ducks, Grey Teal Ducks, Herons, Ibises and Spoonbills (Mills, 1983).

There are no large areas of native vegetation remaining in Kanahooka. There are remnants of subtropical rainforest on Hooka and Goosebery Islands. The low lying land to the west of the lake once supported forests of Swamp Oak Casuarina glauca. Most of this remnant vegetation has been cleared from around the lake.

Do have historical information, family stories or photographs of Kanahooka ?