Corrimal was officially recorded as a place in 1839 when a grant of 50 acres was made to Hugh Kennedy and described as being "at Corrimal".

A point on the range nearby was known as Mount Corrimal after the Aboriginal warrior "Kurimul" (kori-mul). This point was known locally as Brooker's Nose after James Brooker, an early settler in the area.

"Kurumul" was a 'dreamtime' warrior who took another man's wife. When pursued by the husband "Kurumul raced up the mountain and climbed a tall tree. The husband gathered wood and set fire to the tree, and Kurimul was carried up in flames into the sky".

Harriet Overington (who married James Stares Spearing of Paulsgrove Estate) was promised a grant of 2000 acres in 1827, which was named Pallamba or Bellambi. It faced a small bay, now known as Bellambi Harbour, which was used for shipping cedar, and later coal. James Spearing used the land as a sheep run until 1842 when the estate was subdivided and the village of Bellambi established.

John Buckland received a grant of 1920 acres in 1835, which he called Balgownie Estate. In 1839 it was subdivided into 132 lots and sold. Buckland lived in Hoare Town (now known as Douglas Park) and it appears he didn’t take up residence on this estate (Cousins, 1994; Jervis, 1942).

George Cox was born in Nottinghamshire, England, about 1805. He arrived in Australia in 1840 and acquired approximately 50 acres of land at Corrimal. The property was named Summer Hill and he lived there until his death in 1880.

Dr Cox was one of three trustees elected under the Parish Roads Act (the other two being Captain Plunkett and Mr George Anderson who also had properties between Fairy Meadow and Bulli) to form the Bulli Road. Up until 1846-1847 the road beyond Fairy Meadow was just a track. He and Captain Plunkett succeeded in having the road run past the boundaries of their properties, along the route first surveyed by Major Mitchell in 1834. This was very much to their benefit as it meant that they didn’t have to construct roads from their own properties to the main road.

Dr Cox was medically trained but did not practice his profession, though he was known to be "most considerate and kind" to locals who fell ill. He was also a great collector and Fred Zeims recalls the doctor’s study being "more like a museum than a surgery"! His property was also known locally as the Coxton Estate and Cox’s Hill (Stewart, 1987; Young, 1989).

Henry was transported to the Colony in 1818. In 1824 he was assigned as one of six servants to accompany Hume and Hovell on their explorations of inland Australia. On this journey they discovered the Murray River and went on to Port Phillip Bay, close to where Geelong now stands. He also accompanied Hume on his journey with Sturt in 1828-1829 when the Darling River was discovered.

In 1834 Henry Angel came to the Illawarra and married Mary Ledwidge, a widow with two young boys. Mary was the daughter of John Brooker (after which Brokers Nose is named) and Mary Wade. They purchased land near Towradgi Creek (also known as Angels Creek) and a bridge was built over the creek on what was eventually to become the main road. It was known as Angels Bridge and still is today.

Henry and Hamilton Hume remained firm friends and Hume, in gratitude for the service Henry gave, gifted him two bullocks of prime quality which were seen, on occasion, hauling firewood to the local school.

In 1844 Henry moved his family to a property in the Riverina and then eventually to Spring Vale, a property near Wagga Wagga, where he lived and worked with Mary, until his death at 91, in 1881 (Illawarra Historical Society Bulletin, November 1975, p.71).

Thomas Bertram opened Corrimal Colliery (also known as the Corrimal-Balgownie Colliery) in 1883. Until 1887 coal was transported to the government railway by bullock team. A private colliery line was then constructed to connect with the government line by the Southern Coal Company, which had bought out Bertram. Coal from Corrimal was then shipped from the Southern Coal Company jetty at Port Kembla. By 1890, 60 men were working at the Corrimal mine and 200 tons of coal was being carried away per day. Coal from Corrimal Colliery was also shipped from Wollongong Harbour, Bulli and Bellambi Jetties.

The Streets Ice Cream Company came from humble beginnings. Edwin (Ted) Street operated a fruit run at Corrimal in the early 1930s before buying a mixed business and milk bar. He started making ice cream in a small churn, just after the Depression, to supply his milk bar. It tasted so good that other shops wanted to buy it and before long Mr Street was supplying ice cream to dozens of shops. He built an ice works and factory near the corner of the Princes Highway and Tarrawanna Road, and the first deliveries to Sydney were made by van.

Another factory was opened at Turella, in Sydney in 1947. Many locals still remember the huge neon sign, featuring a polar bear licking an ice cream, that was outside the Corrimal works (it was also the first moving neon sign in Wollongong). Mr Street became a multi-millionaire in 1961 when he sold his business to Unilever Australia P/L for approximately $8 million.

Edwin Street made many donations to South Coast organisations, including $100,000 for accommodation for the aged in Narooma, where he spent his retirement; $10,000 to the Illawarra Retirement Trust to establish Diment Towers; $50,000 each to Batemans Bay and Nowra to build Ambulance Stations; and $10,000 for Corrimal Swimming Pool.

He received an OBE in recognition of his services and donations to charity. Edwin Street died in August 1975.

With the growth of the coal industry in the Wollongong region, villages appeared close to the sites of the mines. Roads were developed to link the district and also provide an overland link to Sydney, previously travelled to by sea.

In 1834 the Bulli Parish road route was laid out by Major Mitchell from the intersection of Keira and Smith Streets in Wollongong. Convicts made the road as far as Para Creek, however past that point it remained a bridle track. In 1846 local landowners met to elect trustees under the Parish Roads Act, so that the road could be built. After much local debate it was decided that the road should follow the route surveyed by Mitchell (Robert Westmacott and others had favoured a route following the coastline). The road was built over Plunkett’s Hill and Cox’s Hill making these sections very steep and causing problems for drays and carriages. Eventually these hills were cut away, making the route more suitable. All streams and creeks were forded and no bridges were built until the road was taken over by the North Illawarra Municipal Council. A toll bar was put in place in 1871 but was strongly objected to and eventually closed in 1881. The Trust transferred responsibility for the road to the Government in 1878 (Bayley, 1989).

A railway linking the Illawarra to Sydney was first seriously considered in 1873 following a paper read by James Manning to the Royal Society. Later that year a meeting was called in Wollongong to press for its construction. Following public meetings, letters to the press and deputations to parliament, construction of the line was approved in 1881. The Illawarra section (from Coal Cliff to the Macquarie River and then on to Kiama) was put out for tender in July 1883 and was to link up with the second section which was to be built from Georges River to Coal Cliff. The line opened on Queen Victoria’s Jubilee Day, 21 June 1887, with stations at Clifton, Bulli and Wollongong. The link to Sydney was not completed until 1888.

Corrimal Railway Station was in operation by November 1887 when a rail service from Clifton to Kiama began. Bellambi Station opened soon afterwards in 1888.

In 1889, with the population of Corrimal growing, the Department of Public Instruction selected a site on a hill on the Main South Coast Road for the Corrimal Public School. It was to be built by J. Mackie in a style similar to schools at Robbinsville (Thirroul) and Balgownie. According to Department of Education records the school opened in April 1890. The original building still stands in the grounds of Corrimal Public School on the Princes Highway. 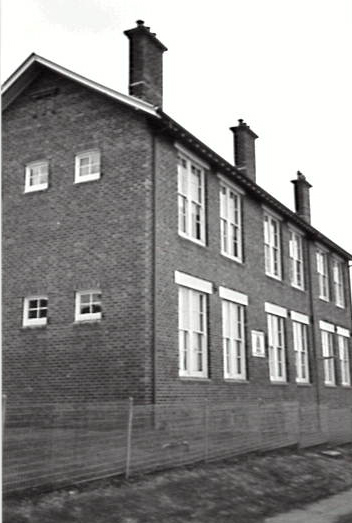 Mountain View or Wilgendene was a fine two story Victorian mansion built in the late 1880s. Located between South Bulli Colliery and the beach, it is believed to have been the residence of the South Bulli Colliery mine manager before being sold to Mr C.P. Hansen who used it as a guesthouse in the early 1900s. It boasted 11 bedrooms and five bathrooms, with its own windmill and underground tank. Wilgendene was set on approximately 30 acres of well tended gardens with many trees including Norfolk Island pines, cedar, coral and magnolia trees and many palms. Unfortunately over the years the house has fallen into disrepair and only the basic shell of the house survives (City of Wollongong Heritage Study, 1991). 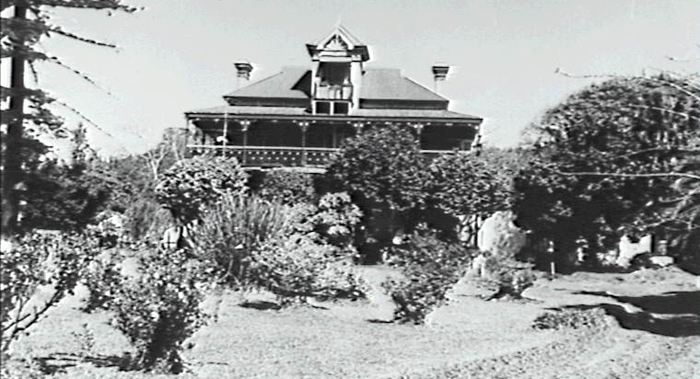 Corrimal and surrounds is located mostly on the coastal plain that runs behind the coastline to an altitude of approximately 100m. Much of the natural habitat has been disturbed and less than 8% of natural cover remains along the coastal plain of the Illawarra Region, though remnant patches of woodland, wetland and forest can still be found.

In the lower foothills area Echidna, Wallabies and Bandicoots can also be found (Davis, 1995).

Illawarra coal: an unofficial history of coal mining in the Illawarra, website.[Accessed 19 November 2010], 2010.

Roberts, Mick R., The little house on the hill: a history of the development of coaching inns and hotels in the Bulli district, New South Wales, Bulli: M Roberts, 1989.

Do have historical information, family stories or photographs of Corrimal / East Corrimal ?