Horsley is a residential suburb in the Dapto area, located approximately 15 kilometres south of Wollongong.

Lieutenant William Frederick Weston occupied 500 acres on Mullet Creek in 1818 under a promise of a grant by Governor Macquarie. He named the property 'West Horsley' after his home in Surrey England (McDonald, 1976 ; Berkuta, 1997).

Lieutenant Weston (also known as William Francis Weston) was born at West Horsley Manor in Surrey, England, in 1792. He arrived in Australia aboard the Larkin on 22 November 1817 (Berkuta, 1997).

An area of 500 acres on Mullet Creek was occupied in 1818 under a promise of a grant by Governor Macquarie to Lieutenant William Frederick Weston. Lieutenant Weston named the property 'West Horsley' after his home in Surrey England. Weston and his wife Elizabeth were the first free settlers to personally take up land in the Illawarra.

Elizabeth remarried in 1830 to convict Thomas Williamson. The 1841 census records Elizabeth Williamson living at Horsley and being landlady to 21 tenants on farmlets. The farm was now a small village with 84 people, some free, some convicts, in 21 slab houses (Horsley - Historic Homestead, 1980).

The grant of land originally promised to William Frederick Weston was finally issued in 1842 to his daughters Elizabeth Weston and Augusta Brooks.

Augusta was the wife of Richard Brooks of Merriwa. By a deed of partition in 1848 the Brooks took the eastern half of the property and named it rather ironically 'West Horsley'.

Elizabeth Weston married Andrew Thompson in 1843. Their half of the land was simply 'Horsley'. The Thompsons built a house on this property which very closely resembled 'Horsley Park' at Smithfield - the property of Lt Weston's brother George E N (Edward) Weston. It is thought that Horsley was modelled on it. "The bricks were made and burnt on the property and all the woodwork including the roof battens is cedar - an example of the lavishness with which this timber was used in the early days." (McDonald, 1976 p. 10). Andrew and Elizabeth Thompson work this land until their deaths.

In 1876 'Horsley' came into the possession of John Lindsay, who five years later also purchased 'West Horsley', and renamed the whole property 'Horsley'.

For many years John Lindsay was the Illawarra's outstanding dairy farmer. In 1878 he surprised local dairymen by buying a fine Ayshire Bull. He also bought two other bulls, two cows and two heifers, all Ayshires. These purchases enabled him to make his herd outstanding in the Illawarra and to breed Honeycomb, the champion New South Wales cow. In 1876, along with James and Thomas Wilson of Victoria, he established a cheese factory at Brown's old flour mill. See the early industry section of this page for more information.

After John's death the properties were divided again, with 'Horsley' going to his son George and 'West Horsley' to his son John (McDonald, 1976).

John's son George was made the manager of Horsley, which he converted into a dairy farm, completing it in 1880. He established an excellent dairy herd, mostly Ayshire cattle, after visiting Victoria and examining the high grade stock. He also purchased a butchering business for his son and later bought three other shops as well as shares in the Illawarra Meat Company. He was the Town Clerk of Wollongong at about 1909. He died in 1947 at the age of 91 at Horsley. George's brother John was also a successful dairy farmer at West Horsley (Cousins, 1994).

Dairying was the early industry at Horsley. The area was established as a dairy farm in 1880 by George and John Lindsay with one of the finest herds of Ayrshire cattle in the Illawarra. George became a successful exhibitor at local and Sydney shows (Cousins, 1994).

According to George Lindsay, "In 1878 my Uncle James Wilson and his brother came over from Victoria and opened a cheese factory at Brownsville. The milk supply came from Kembla Park (his father's property) was taken there for cheese making at first by bullocks and dray afterwards by lorry and two horses….Butter at the time was only 6 pence per pound and the brought milk at 3 ½ pence per gallon. For some time afterwards butter rose in price to one shilling per pound. The farmers failed to supply milk when butter advanced and the factory was closed. My Uncle and his brother then returned to Victoria…" (McDonald, 1976, p. 52).

The cheese plant was then purchased by the Lindsays and taken to Horsley where they started making cheese and butter with great success. They won prizes for both cheese and butter at local shows, and a first prize for cheese at the Royal Easter Show.

The Lindsays contributed greatly to the improvement of breeding of dairy cattle within the Illawarra. One of the most famous cows was Honeycomb, of whom George Grey of Greyleigh said "It was Honeycomb's performance that became fixed in the minds of dairymen as the type of cow to aim at breeding for their herds." (McDonald 1976, p. 54). The quality of the cattle was improved significantly through the Lindsays and other Dapto dairy farmers such as the Evans' of Penrose, and this quality filtered down through the district to the smaller farms.

In 1887 the Brown's old mill was transformed into a butter factory. Three years later a milk depot adjoining Dapto station was built, the cream was separated at the depot and sent to Sydney to be made into butter. By 1892 there were up to two milk trains daily.

The earliest road through Horsley was the West Dapto Road which branched off the old Dapto Road from Kembla Grange station and ran through the Veterans' grants. There was also a road that ran through the centre of Horsley which joined the ill-fated 'Bong Bong Pass'. Bong Bong Pass was superseded by Macquarie Pass in 1897-1898, however Bong Bong Road through Horsley remains today (McDonald, 1976).

In 1887 the South Coast Railway was extended from Wollongong to North Kiama, and the railway station at Dapto was established one mile south from the low-lying ground at Brownsville.

In 1895 the Australian Smelting Company was established and the Illawarra Harbour and Land Corporation became responsible for establishing a railway to the coal mine in the escarpment. This railway ran through the Reed Park property and was to interconnect with the Illawarra Railway. A branch line was to be built from the IH&LC rail line to the Smelting Works site. "The interconnection of the IH&LC rail line to the Main South Coast Railway passed through the now demolished Clarke's Sawmill in Marshall Street Dapto… and over the South Coast railway to service the rapidly developing West Dapto area. The connection to the South Coast line was opened on 12 December 1895 (Reynolds, 2002, p.7).

This railway no longer exists and Fowlers Road would have been built on the foundation of the railway line.

See the Kembla Grange page for more information on early transport in this area.

'Horsley' is the main building of a group of an early Victorian style. It is stuccoed brick on stone footings with a slate hipped roof. The original part had four rooms with a central hall. Side wings were added shortly after. The front door is four-panelled with a fanlight. This building is a dairy farm homestead setting and it includes gardens and outbuildings. It has a high level of integrity with architectural and landscape value (City Of Wollongong Heritage Study, 1991).

The house was made entirely of mud bricks from the property and the woodwork, including the roof battens, is cedar. The front elevation of the house very clearly resembled 'Horsley Park', Smithfield, also a property of William Frederick Weston (McDonald, 1976). 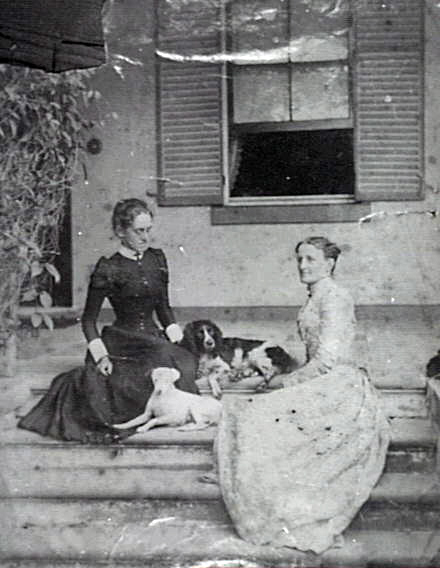 This is a rare grouping of buildings with architectural and landscape value. The farm buildings are simple Victorian Georgian design. There is a dairy and cheese room, rubble stone kitchen, stone barn, slab stables, and one of the first ferro-cement circular silos. It has a well developed garden (City of Wollongong Heritage Study, 1991).

The following buildings are at 'Horsley': 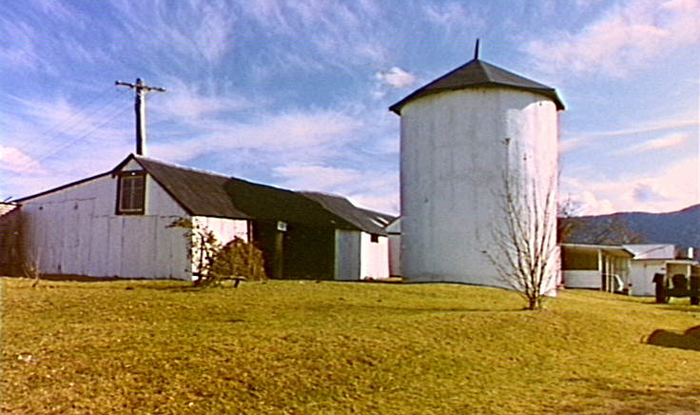 This is a weatherboard cottage with corrugated metal roof. There appears to be a late Georgian Cottage section between the old kitchen and residence which has been filled in. There is a sandstone fireplace, it was originally believed to be a sheep farm (City of Wollongong Heritage Study, 1991).

Rainfall varies over the West Dapto area from over 1,400 mm per year on the escarpment to less than 1,100 mm at Dapto itself.

The West Dapto landform area is characterised by isolated crests and sideslopes. It has flat to gently sloping terrain, with the southern portion rising to a small hill which is an important landscape feature. This hill is part of an important ridge line system which runs down from the foothills of the escarpment to Horsley Homestead (Wollongong City Council. Strategic Planning Section, 1989).

Little extensive natural tree vegetation remains except for that on the steeper, inaccessible slopes of the escarpment and lower foothills. There are small areas of remnant eucalypt woodland in the pasture dominated rural area.

The majority of the land in the Horsley area was pasture land suitable for grazing only, hence its earmarking for current and future residential development. There is however, a substantial area of approximately 15 - 20 hectares of remnant woodland on the southern side of Bong Bong Road. Although this woodland shows evidence of grazing, it occupies a strategic location along the ridge line. This remnant woodland has been identified as having moderate to high ecological conservation value by the National Parks and Wildlife Service for the following reasons:

Reynolds, D.K. The Railways of West Dapto: a history of the railways of the Illawarra Harbour and Land Corporation, The Dapto Smelting Works, The Wongawilli Colliery and Coke Works and Fleming or South Kembla Colliery, Wollongong, NSW: BHP-Billiton, 2002.

Do have historical information, family stories or photographs of Horsley ?