We run and support several programs to try and reduce litter across our city.

When you’re out and about, use our public bins. If you can’t find one, or if the nearest bin is full, don’t be a tosser - take your rubbish with you.

If you see someone littering you can make a report to the NSW Environmental Protection Authority (EPA). The process is easy and fines can be issued from your reports.

Reporting works. Since this reporting tool was introduced in 2015, roadside litter has reduced by 40% in NSW. Wollongong has one of the highest rates of litter reporting in the state, so keep up the good work!

Have these details handy to make a report:

If you're visiting our parks, beaches and other outdoor spaces, there are plenty of bins available, including general waste, recycling, cigarette butt bins and dog poo bag dispensers.

Over the warmer months, we've also added extra bins to some of our busiest areas.

Use the map below to find a bin near you.

Remember, if a bin is full, don't be a tosser - take your rubbish with you!

Make an active contribution to reducing litter in our beautiful beaches, waterways and parks.

Through the Picitup Program, individuals or groups volunteer in their own time to remove litter from public areas, and record what they collect.

Recording valuable information about the amounts and types of rubbish found in different locations helps us understand where the litter might come from, so we can continue to work together to find ways to reduce litter happening in the first place.

The Picitup Program supports the Australian Marine Debris Initiative which is coordinated by Tangaroa Blue Foundation, and is designed to encourage and support individuals and community groups who do litter clean-ups.

If all we do is clean up, then that's all we'll ever do.

Let us know if you find rubbish dumped in public areas.

If you see someone littering from a vehicle you can report it to the NSW Environmental Protection Authority (EPA).

Fines starting at $250 can be issued from your reports.

It's easy to make an online report to the EPA. Just have these details handy:

If you're having a party or holding an event, think twice about including balloons.

We understand that balloons can be fun and festive, but they're also a risk to the environment. A CSIRO study found that balloons are in the top three most harmful pollutants threatening marine wildlife – along with plastic bags and bottles.

Even balloons that are biodegradable can cause litter before they break down.

Under our Single Use Plastics policy PDF, 52.19 KB, we don't use balloons at Council-organised events, and we encourage other event organisers to do the same.

It's also illegal to release 20 or more gas-filled balloons under the Protection of the Environment Operations Amendment (Balloons) Act 2000.

Some more environmentally-friendly decorations you might consider instead of balloons include:

Whatever you use to make your party or event festive, make sure it doesn't end up as litter!

Cigarette butts are tiny, but they’re really bad news for the environment. Cigarette butts dropped in the street or in our waterways leach toxic chemicals into our soil and water. They can also be dangerous, particularly in bush fire season.

Keep our beaches, natural areas and waterways clean and bin your butt, or carry a pocket ashtray with you.

Council rangers can issue fines to people who litter with cigarette butts.

Chewing gum dropped on streets is not just gross and annoying – it’s also difficult and expensive to remove.

When you’re out in public, put your used gum in one of our many street bins.

Litter can have a huge negative impact on our oceans and the animals who live there.

Fishing line and tackle causes a huge amount of injury to our local sea and shorebirds. It can cause a slow and painful death to birds in some cases.

Make sure you use these bins when you’re fishing, or take your used line and tackle with you.

Council, The Surfrider Foundation and the Cleanwater Group have teamed up to install 12 ocean-friendly Drain Buddies (pictured below) at key locations around Wollongong Harbour. 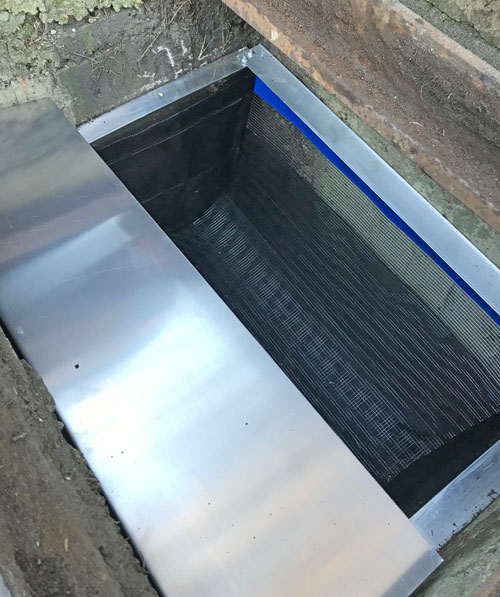 Each Drain Buddy is a heavy duty basket which fits into stormwater pits to catch litter, organic debris and sediment while letting water pass through. This stops litter before it reaches the ocean or our beaches.

The litter caught by our Drain Buddies is collected, sorted, analysed and recorded in the Australian Marine Debris Initiative database. This will help us understand what people are throwing away, and where they're littering.  We can then use this information to shape our education programs and campaigns to reduce litter at its source.

For other types of trolleys, you can report it to Trolley Tracker so it can be returned to where it came from.